Barrio Kroeger Lane Neighborhood is located below Sentinel Peak-- "A" Mountain-- along the Santa Cruz River, DeAnza Trail, and across from the original birthplace of Chuk Shon (Tucson in the Tohono O'odham language). This land has been inhabited and cultivated for more than four-thousand years, and struggles to remain a wildlife corridor to this day.  There are remnants of ancient Hohokam and Piman settlements scattered throughout the area.

Our barrio is unique from others because it still has much of its semi-rural environment with horses, livestock farm animals, and spaces for milpa/cornfield gardens. Mexican-American families have lived in this same area for six generations, with stories of the flowing river and the continuation of horseback riding along the river banks much as Padre Kino did centuries ago. It is still considered sacred land by these families as well as the First Nation peoples before them.

Barrio Kroeger Lane gets its namesake from an Anglo doctor who served the neighborhood as a general practitioner.  Due to its location on the banks of the Santa Cruz River, the barrio also became known as "Sal Si Puedes (Get out if you can)" due to occasional flooding that left only one or two exits out of the area.

Like everything else in Tucson ripe with development potential, pressures on the neighborhood and its vulnerable families increase with each passing year. 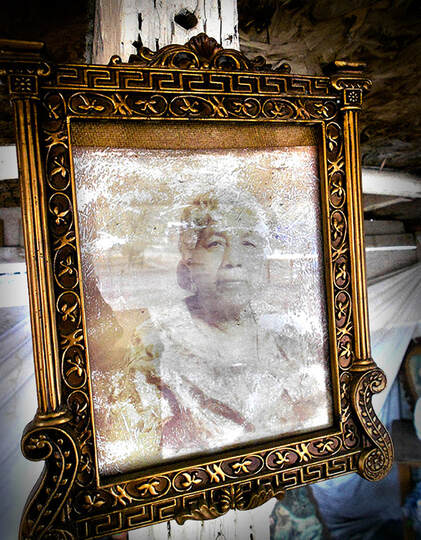 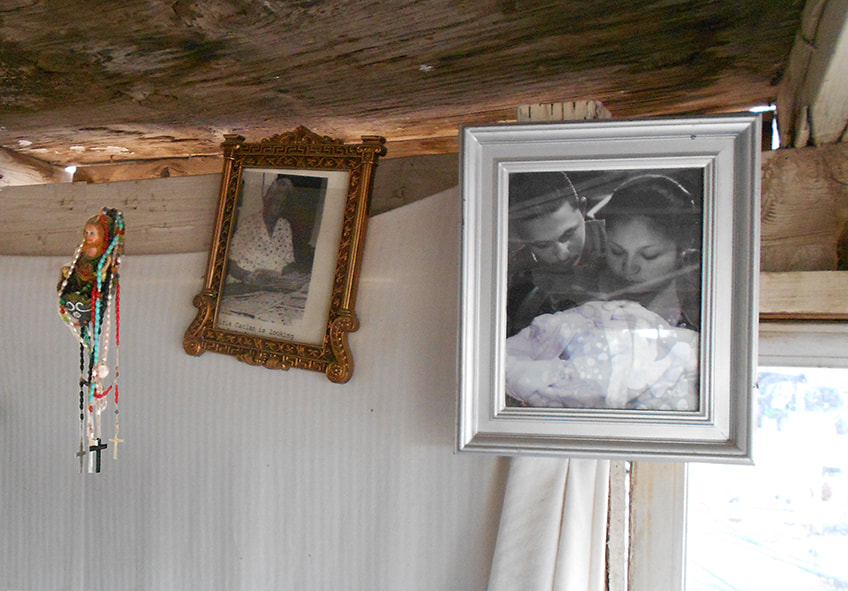 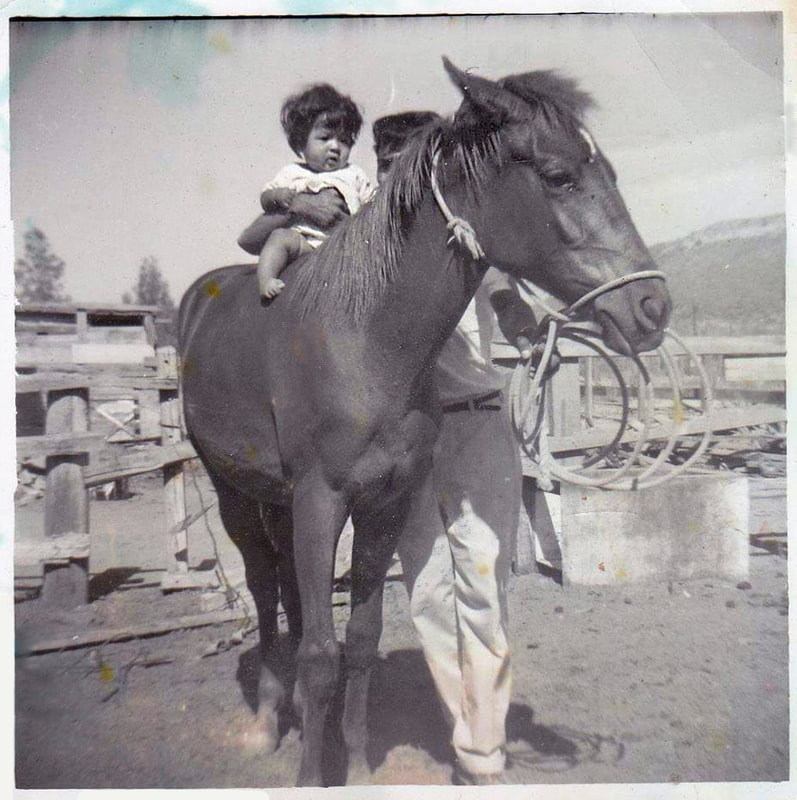 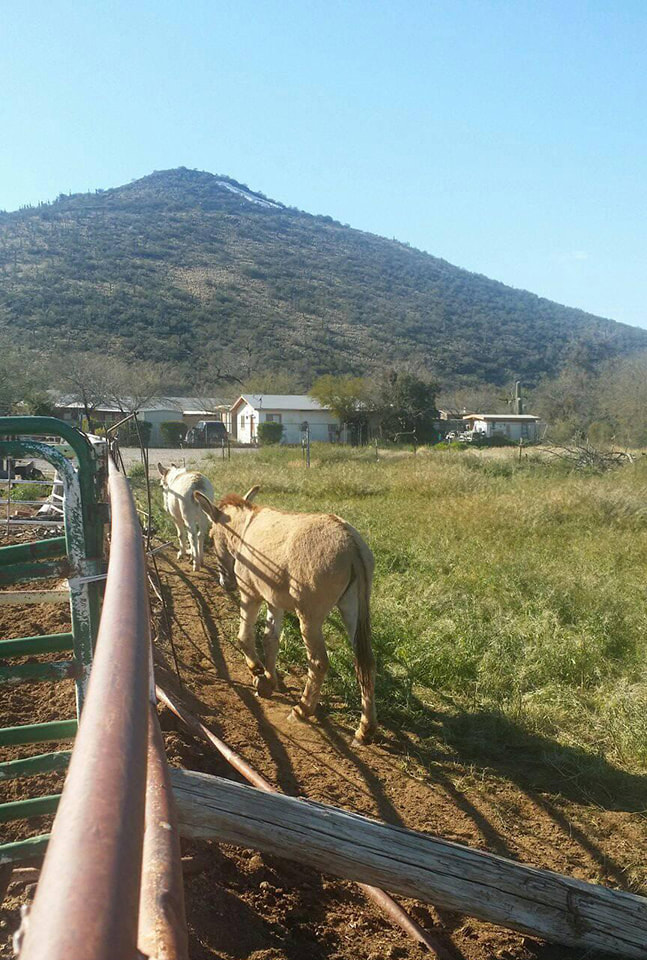 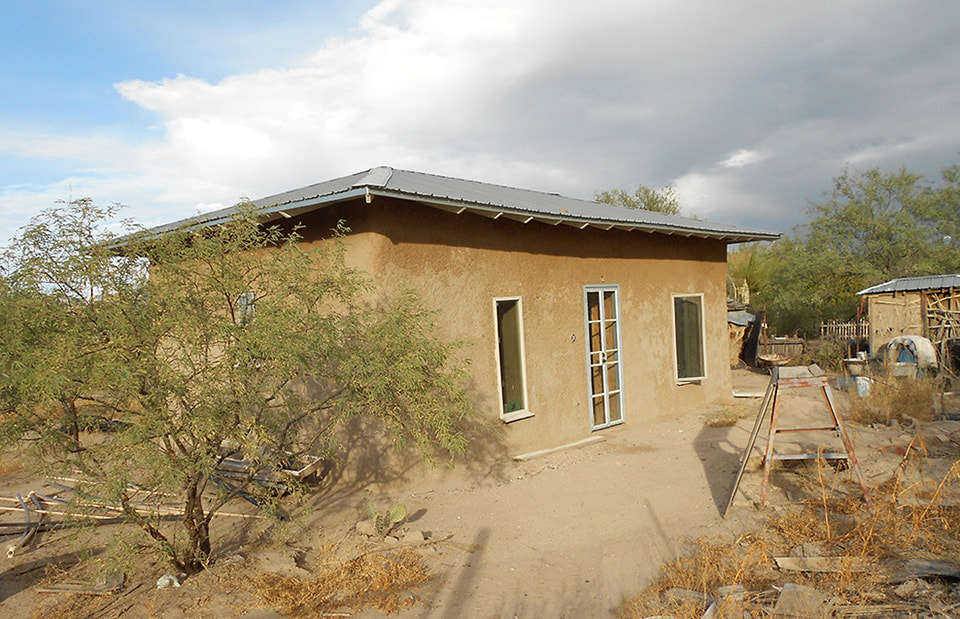 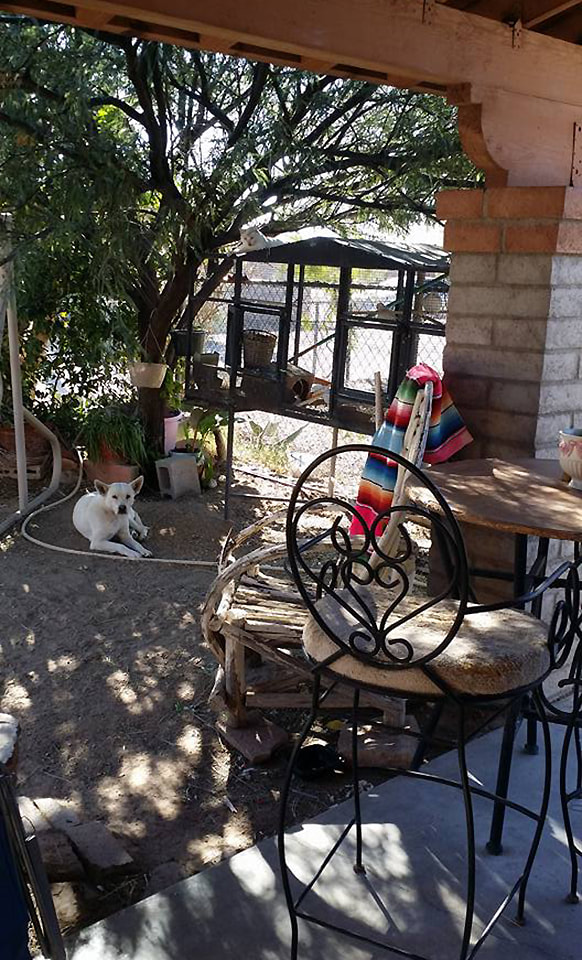 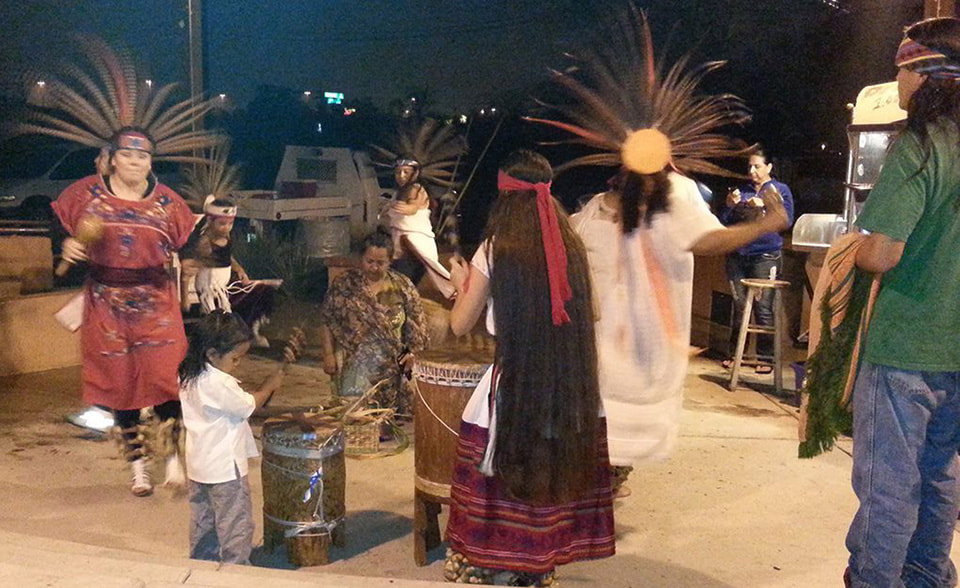 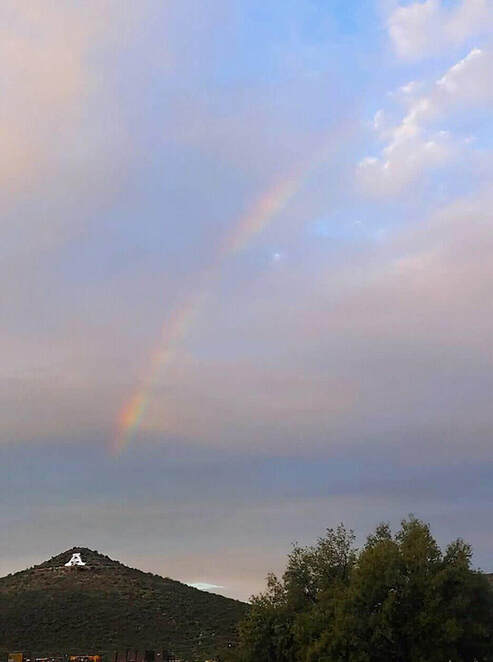 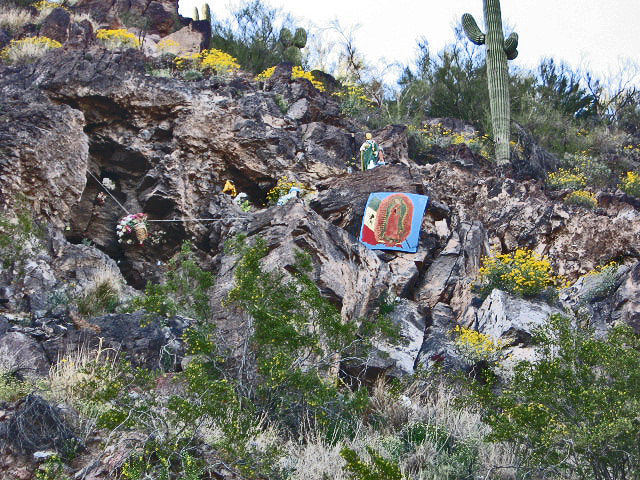 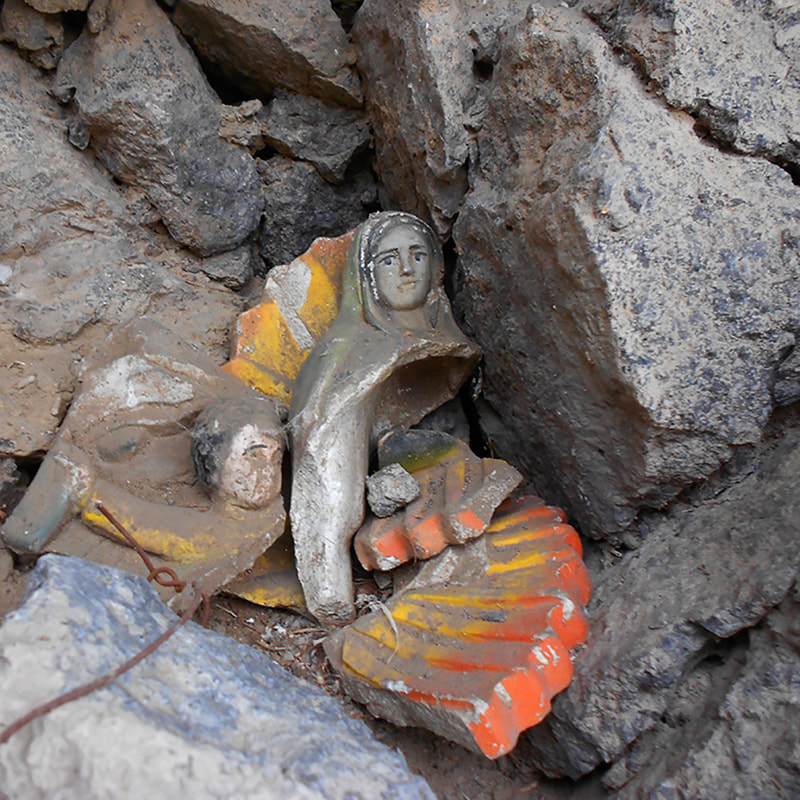 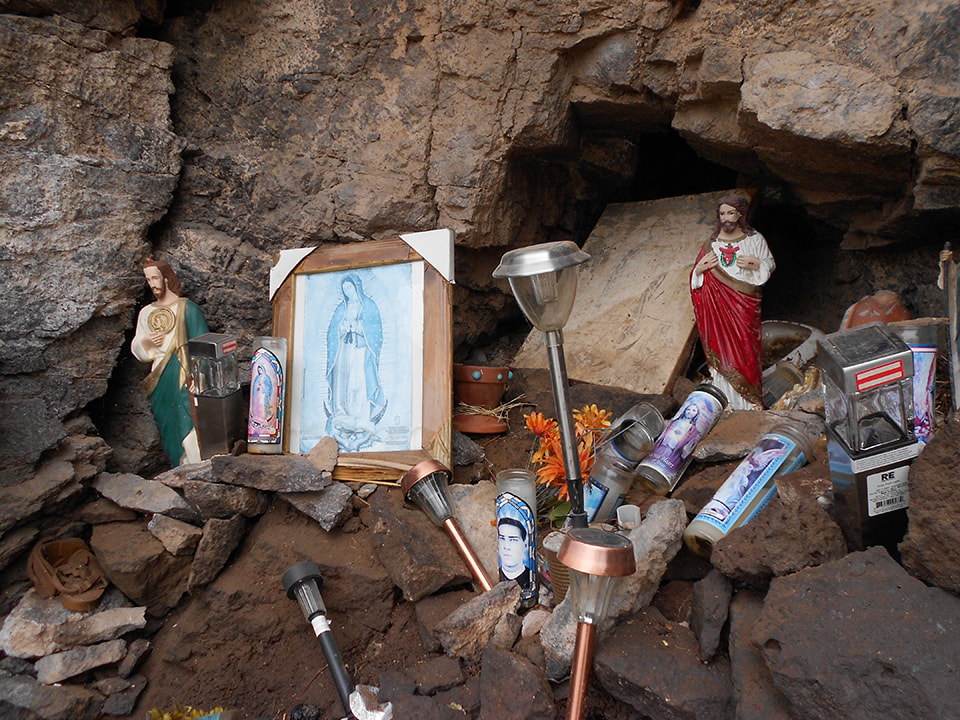 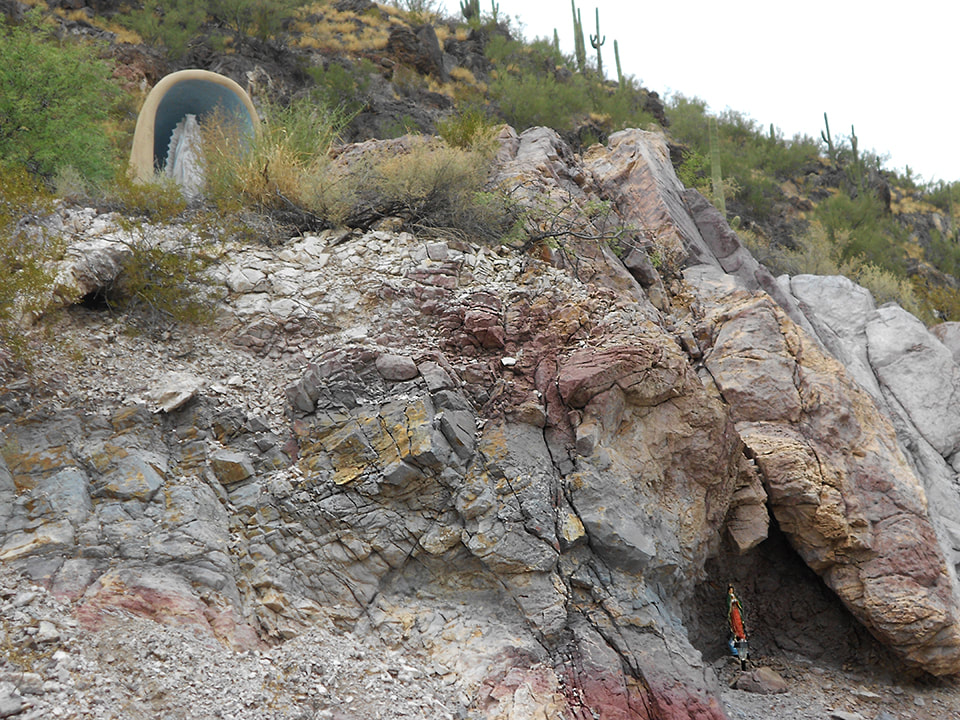 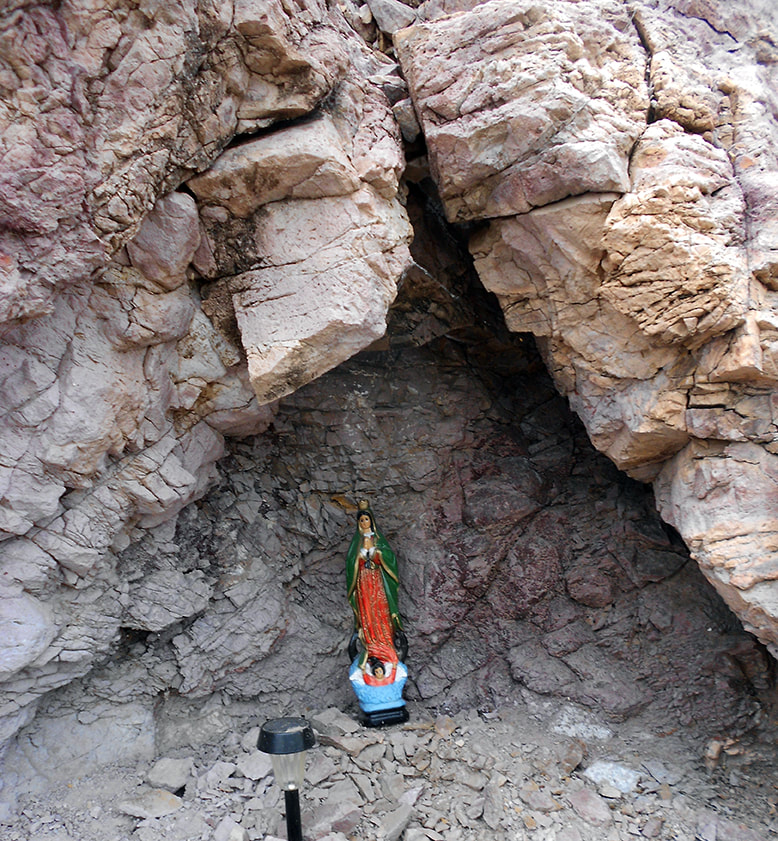 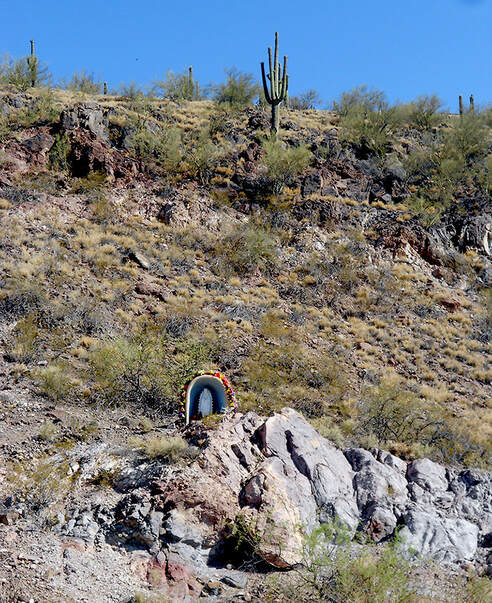 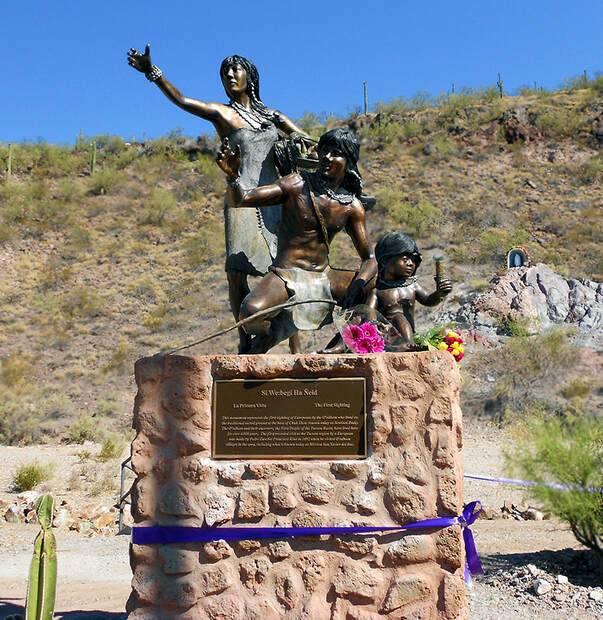 Inscription: "​This monument represents the first sighting of Europeans by the O'odham who lived on the traditional sacred ground at the base of Chuk Shon ("A" Mountain). The O'odham and their ancestors, the First People of the Tucson Basin, have lived here for over 4,000 years. The first recorded visit to the Tucson Region by a European was made by Padre Eusebio Francisco Kino in 1692 when he visited O'odham villages in the area."
Back in 1999, the vision was to honor our region's indigenous ancestors in the form of a statue at the base of Sentinel Peak where a Pima village existed at the time the first European, Padre Eusebio Francisco Kino arrived in 1692.

It was the brainchild of Josefina Cardenas, native resident of Barrio Kroeger Lane, the late Daniel Preston, former Vice-Chairman of the San Xavier District of the Tohono O'odham Nation, and Greg Hart, former director of Adult Education in Pima County. The concept originally evolved as part of a development plan created by a group from Barrio Kroeger Lane called Rancho Chukson that included a cultural center at the base of A-Mountain. The group's goal was to promote their plan to the board of the Rio Nuevo west side development project.

Cardenas, Preston and Hart approached the late Tohono O'odham artist Leonard Chana to draw a sketch of what such a statue might look like. For 15 years the idea went nowhere but the desire persisted, and they never gave up. They enlisted Tucsonense artist Luis Mena to lift Leonard's initial sketch off of paper and into 3-dimensional reality.

Raul Ramirez of Los Descendientes del Presidio de Tucson raised $80,000 for the project. About $64,000 came from the Regional Transportation Authority, which allocates money for public art projects. (The reconstruction of the intersection was a RTA project.)
Pima County government and the Tucson Pima Arts Council also helped the project come to fruition.

The development of the O'odham Family Monument resulted in the initiation of the Danza de Tonantzin ceremony-- a partnership between the San Xavier District Tohono O'odham and Barrio Kroeger Lane Neighborhood. Held annually on the last Sunday of November, it begins with a Sunrise prayer by a San Xavier representative at the monument, ceremonial dances by a local Aztec dance group, and followed by a procession up to the shrine of Nuestra Senora de Guadalupe to replace her flower arch--hand-crafted each year by Amalia Reyes, a neighborhood member of the Pascua Yaqui tribe. The event includes San Xavier District Basket Dancers, a flute player; and arts & crafts by neighborhood artisans. Site preparations are completed by volunteers, lighting for the O'odham Family Monument is overseen by O'odham residents of Barrio Kroeger Lane; and a yearly compromiso (commitment) performed by Josefina Cardenas. 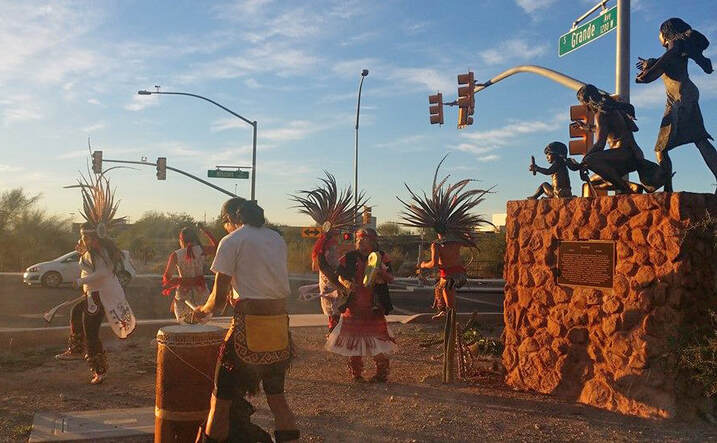 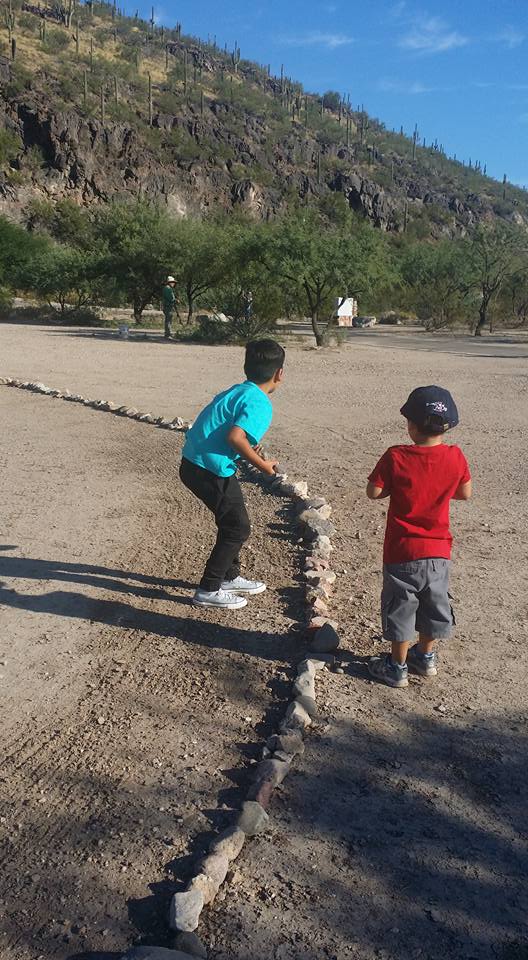 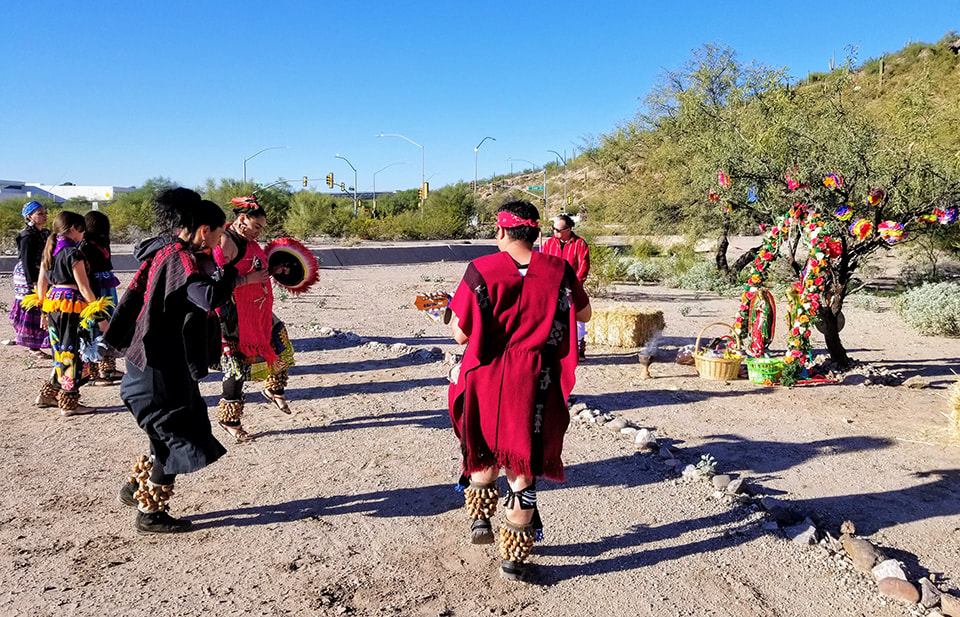 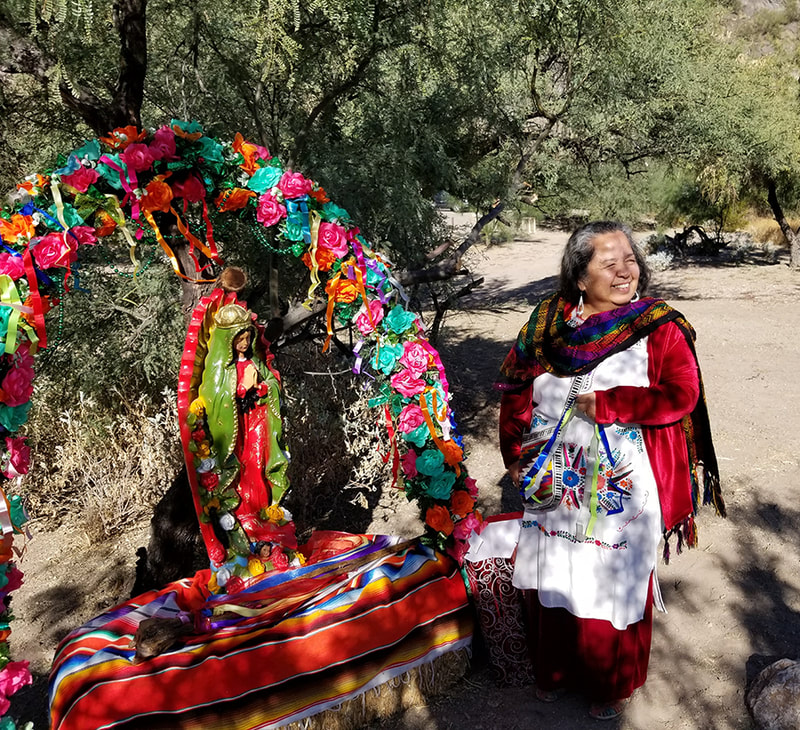 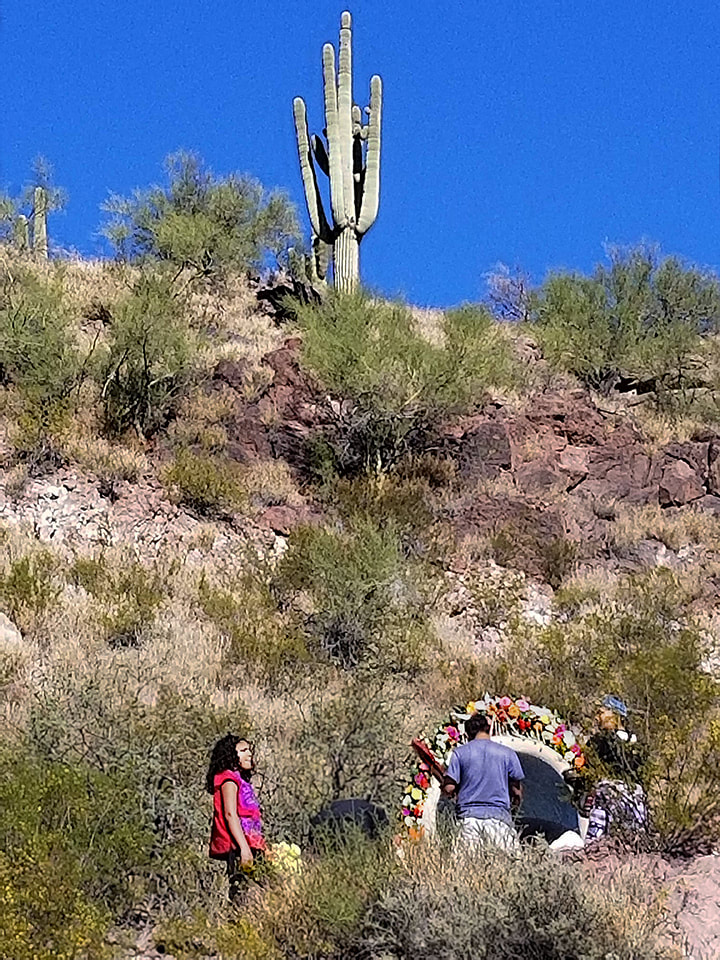 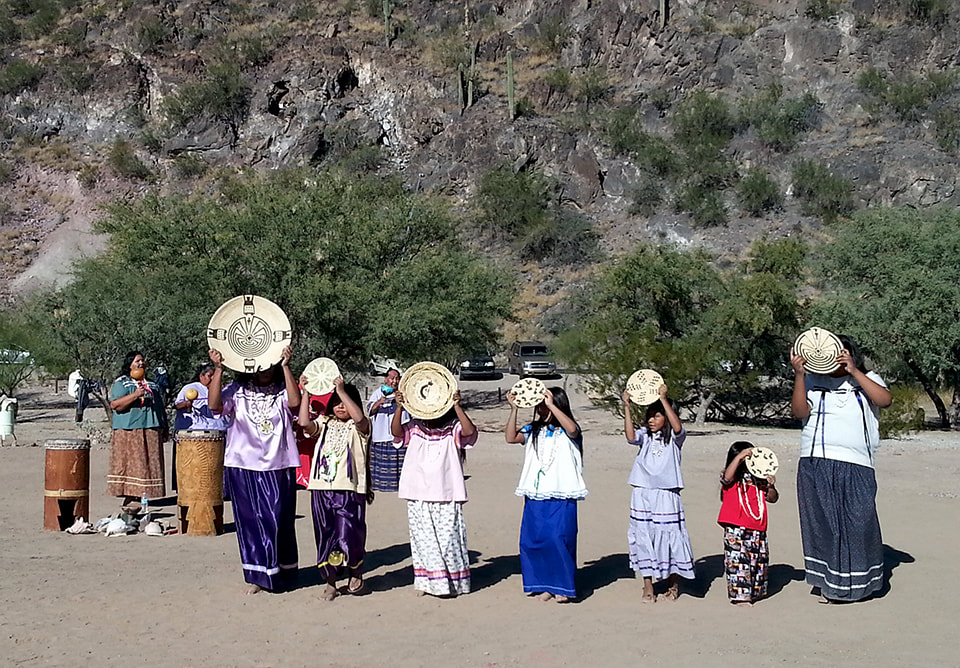 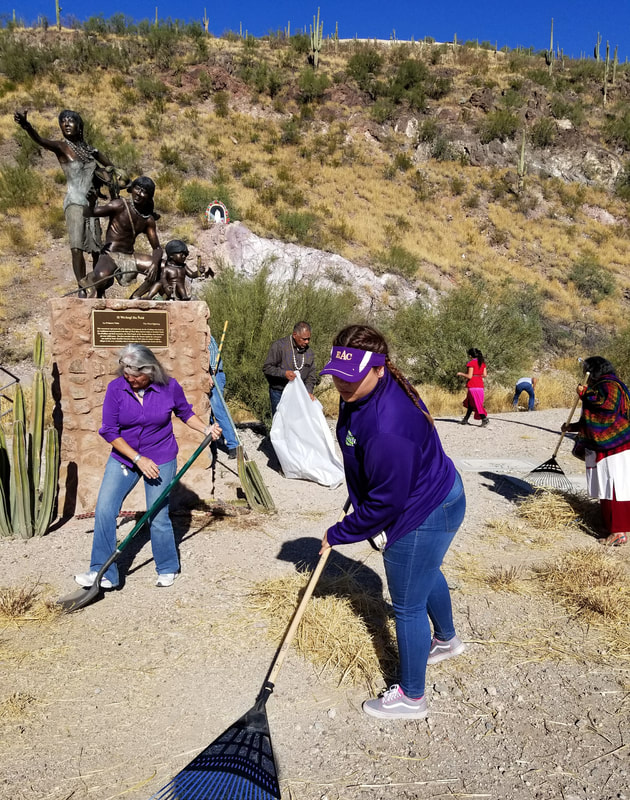 Painting and interpretation by Linda Victoria, 2012
Edited by Josefina Cardenas 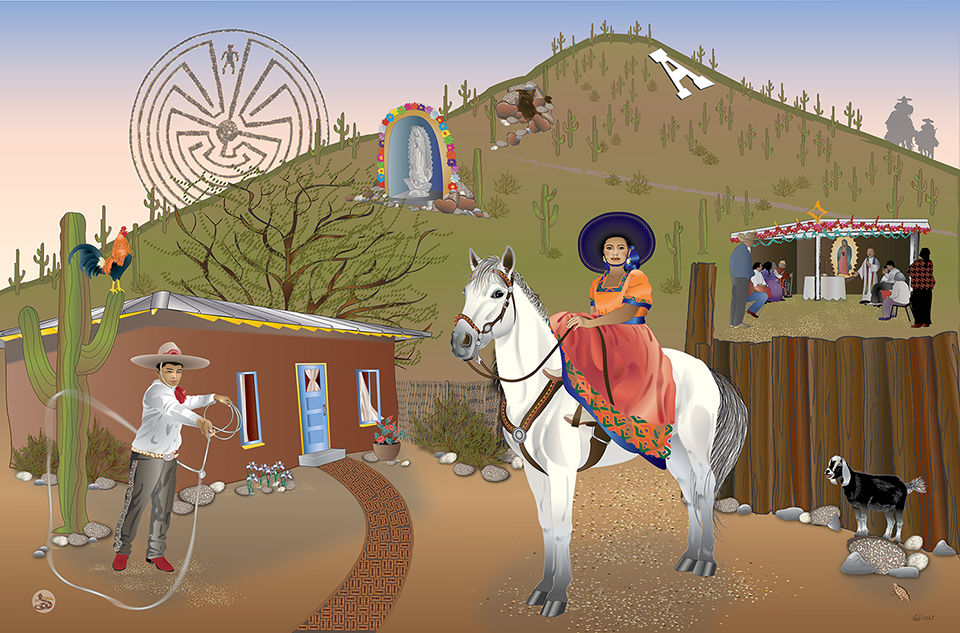 What distinguishes this humble little neighborhood from Tucson’s other barrios is the continuing ownership of horses and small livestock animals. Tucson’s annual Fiesta de Día de San Juan originally included rousing performances by escaramuzas  (ladies in folklorico dresses riding sidesaddle) from Barrio Kroger Lane.  The railroad-tie corral fence is a defining feature of the neighborhood.  Here a young vaquero practices his  his lasso skills, coached by a local rooster.

The walkway to the adobe house is made from TPBCO (Tucson Pressed Brick Company) bricks. TPBCO and other brick manufacturing companies thrived on the west bank of the Santa Cruz River in the 19th and early 20th centuries and employed many of Barrio Kroger Lane’s residents.

The little hand-made capilla (chapel) was used to celebrate mass on special occasions. It was also built to honor elders unable to attend regular church. Succumbing to benign neglect, it is now gone.

High on the hillside is a tiny grotto-like cave honoring the Virgin of Guadalupe. The story goes that, in the 1990’s, a local resident was thrown in jail for a crime he did not commit. From the jail he could see the A Mountain hillside, and every day he prayed to La Virgen. He promised her that if the real criminal was found he would build a shrine to her on that hillside. Eventually the true culprit came forward and the man was freed. True to his manda (promise), he created a shrine honoring La Virgen de Guadalupe. The tiny grotto holds offerings to other saints, in particular San Judas, the saint of impossible causes, who is held dear by the neighborhood.  (In fact, the entire face of the mountain is dotted with pockets stuffed with candles, prayers, and statues of various saints put there by barrio residents over the years. All succumb to vandalism, but their faith remains visible.)

In more recent years, another shrine to the Lady was built on the mountain by local firefighters. She overlooks the sweeping intersection at Star Pass and Mission Roads, and is cleaned and seasonally decorated by Barrio Kroeger Lane residents. The traditional flower arch on the shrine is handmade and decorated by a dedicated woman from the Yaqui Nation.

Overlooking the entire landscape is the Tohono O'odham Nation's "Man in the Maze".  It is there to symbolize them and their Hohokam ancestors as the original inhabitants of this land over 4,000 years ago, and to whom this land will be forever sacred.